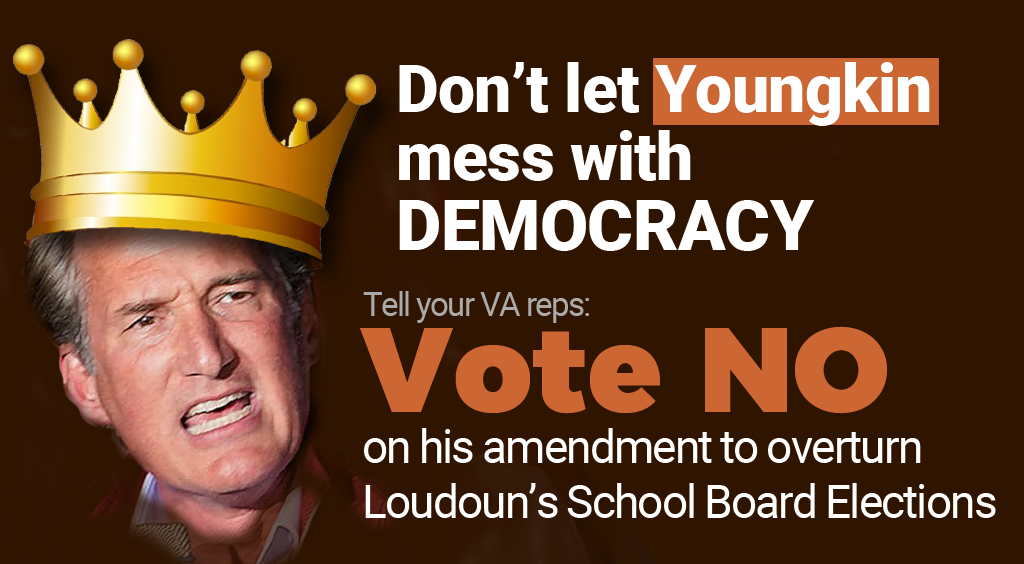 Tell your VA Reps to stop Youngkin from overturning Loudoun's School Board Elections.

Please ask your reps to vote NO on the Governor's amendment to HB1138, which essentially overturns Loudoun's recent school board election.

Members of School Boards are elected to serve the full duration of their designated terms.

Instead, Governor Youngkin is arbitrarily calling for early elections of ALL school board seats for a Virginia school board this year — merely nine weeks before the filing deadline for what would be new candidates.

This is a blatant anti-democratic attempt to intimidate public servants by forcing them to run in an election before their seat's scheduled election.

This opens the door for any future majority and governor to undermine local control and elections.

Send Email to:
All State Senators

Send email to:
All Delegates