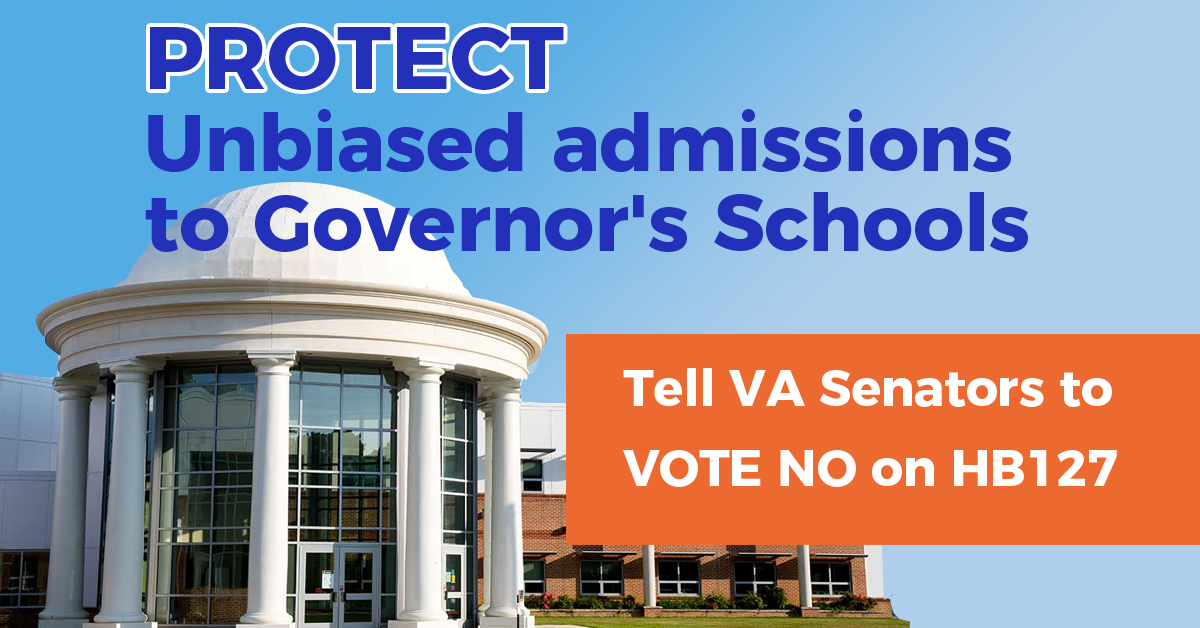 Tell our Dem Senators to VOTE NO on this bill as it will return biased admissions criteria to Governor's schools.

This bill would reinforce inequities, rather than eliminate them.

The subcommittee was wise in recommending this bill NOT be reported because it would reinstate scores on the highly biased standardized test as a criterion for admissions evaluation.

It is fiction that increasing access for underprivileged groups is discrimination against more advantaged students. Standardized tests are not 'objective' measures of merit and students' talents and abilities are not fixed.

This bill would serve to reinforce inequities in Virginia Governor's schools rather than work to eliminate them.