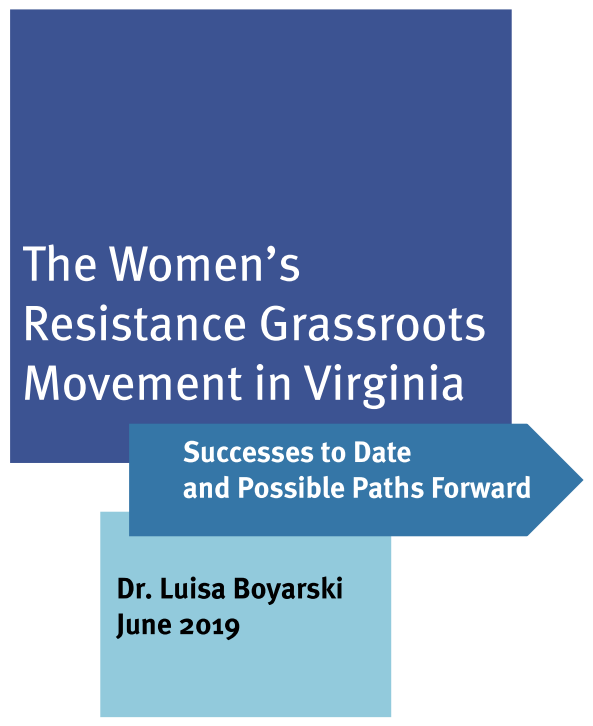 The Resistance Grassroots Movement that "popped up" after the 2016 presidential election has made an impact in a series of important elections, helped fight for key legislation, and provided a collaborative space for people to become politically engaged. However, individual resistance groups as well as the broader movement face challenges including fatigue, disagreements, membership recruitment and retention, and a weak pipeline of new leaders.

Dr. Luisa Boyarski, leader of the Virginia Grassroots Coalition, examines the impact of the Resistance Grassroots Movement in Virginia and seeks to determine what it would take to strengthen and sustain the movement.