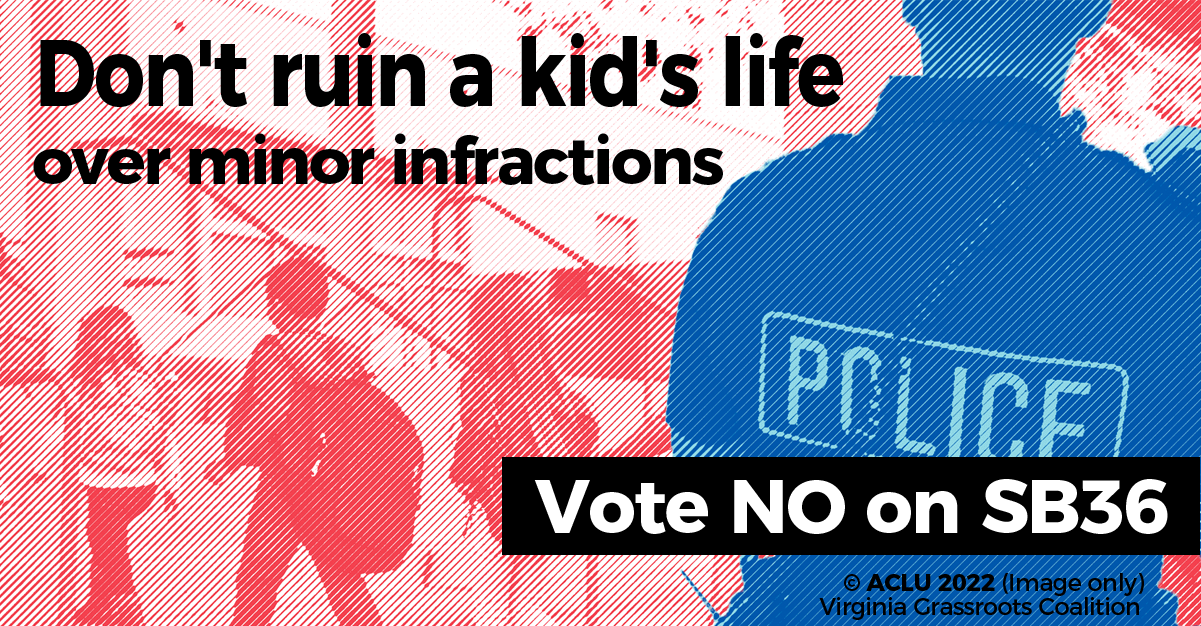 There is no need to involve law enforcement over misdemeanors

Existing law already requires felonies committed by students to be reported to law enforcement, but SB36 also would require misdemeanors to be reported.

Existing law allows schools to discipline students who commit misdemeanors if all parties are willing. HB4 would only let this mediation happen under one condition—if the infraction is assault and battery without injury.

If it passes, SB36 would send many students who are misbehaving due to immaturity into the courts. Many of these children have learning disabilities or histories of poverty, abuse or neglect, and would benefit from additional educational and counseling services instead of being isolated, punished, pushed out, and saddled with a record.

This bill would escalate the school to prison pipeline, a disturbing national trend where children are funneled out of public schools and into the juvenile and criminal justice systems.

Send Email to:
Your OWN Delegate
(find email address below)