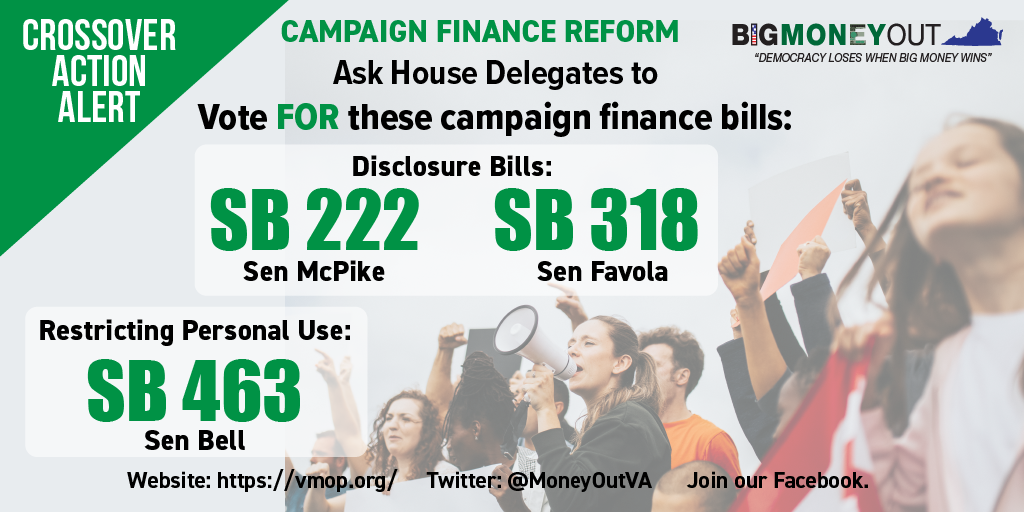 Let's get Senate campaign finance bills passed in the House

This year, the Virginia General Assembly was poised to finally enact sweeping campaign finance reforms that advocates had championed for decades. Virginia, a state with some of the most relaxed campaign finance laws in the country, was coming off of the most expensive election in state history, one characterized by dark money attack ads.

Yet, to-date, out of the 24 bills introduced in the General Assembly, only 7 are limping through the system. It's cross-over time. Let's make sure that the 7 bills (4 in the House and 3 in the Senate) get passed through the other chamber.

Raise your voice and ask all House Delegates to vote 'yes' on the 3 bills that are coming over from the Senate. They should be voted on next week, so 'click' as soon as you can.

*If your computer is not set to automatically launch your email, try instructions below.
★ Configure your email
to work w 1-Click
Or use "Craft your own" to get addresses and sample text you can copy/paste into your own email.